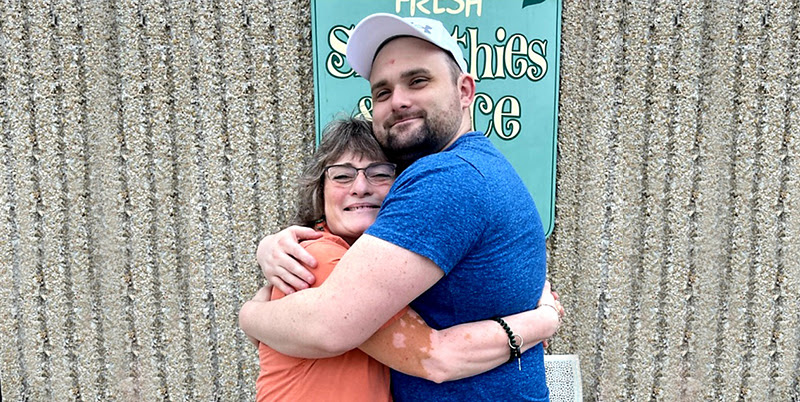 Welcome to Part 5 of our series on Gastroparesis. If you missed Part 4 you can read it here. (Parts 1-4 are all available on our website under Recent Articles.)

Why is the treatment of “believe & support” so hard to administer when it is the most important one to give and receive by everyone and for everyone, and it doesn’t cost a penny? According to a Social Psychologist Peter Ditto, PHD, “motivation, emotion, and intuition influence judgement.” He stated “People are capable of being thoughtful and rational, but our wishes, hopes, fears and motivation often tip the scale to make us more likely to accept something as true. If it supports what we want to believe.” A social study by Ditto and David Lopey also concluded that “It takes more information to make you believe something you don’t want to believe than something you do.” This brings me to my reason for getting this information about Gastroparesis out to the public, because there is no information given to the public to understand and look into Gastroparesis as a possibility.

Referring back to the symptoms, Gastroparesis is physically inconspicuous. The symptoms are so similar to other GI issues, it is often misdiagnosed, therefore the lack of familiarity of knowing this disease keeps people from believing Gastroparesis patients and what they are going through, resulting in non-support, proving Ditto’s theory.

When a Gastroparesis sufferer deals with the hidden physical suffering from those misinterpreted symptoms, it leads to negative emotional and psychological issues from lack of support. This brings me to one of the earliest studies done in 1905 by Dr. Joseph Pratt on how physical and psychological health benefit from social support. This study showed evidence of how powerful positive psychological support has on our health and healing. Also supporting that study, research from “Verywell Mind” indicated a link between relationships and health and wellness. Poor social support is linked to depression and loneliness, which is a common complaint of Gastroparesis patients. It has also been shown to alter brain function and increase the risk of cardiovascular disease, alcoholism, depression and the major concern of suicide.

There are different types of social support such as monetary, informational and emotional, all of which are crucial, especially for Gastroparesis individuals, because their quality of life decreases as they continue living. Most importantly, social support is beneficial when coming from family, friends, or people you can turn to in a time of crisis or need, to give the individual a broader focus and positive self image. As a result, social support from trusted individuals or groups showed improved immunity and reduced physiological issues and psychological consequences of stress. Spending time with family and friends should make you feel accepted and energized, not rejected or ostracized.

Not only do Gastroparesis sufferers experience lack of support because of their unhealthy appearance, they also deal with the humiliation of dealing with simple social skills such as eating in public at gatherings or just with family. In 2013, when Pub Med interviewed 9 Gastroparesis patients in “A loss of social eating”, four themes occurred. What the individuals found most problematic were:

Therefore, Gastroparesis not only impacted their physical state but all aspects of their lives.

Not only are there social theories about the need for belief and support from family and friends in the chronically diseased individual, but it is also important to point out how their need for support from the medical profession is especially crucial. Because of their impaired digestive system that has no cure, depression and anxiety are understandably a problem.

When you aren’t absorbing your nutrients from your food, you are initiating vitamin and mineral deficiencies, which lead to malnutrition. Anxiety and depression become a physical complication rather than just an emotional one. The need for support from the medical profession as believing their patient’s symptoms are physical rather than emotional become important and crucial for the health of the patient. Again, this is why information is so important so we can become our own advocate!

They are finding that our gut microbiome has a lot of influence on our emotions and psychological diseases such as ADHA, Alzheimer’s and others in which deficiency in certain strains are a cause. Impairment of the gut microbiome caused by Gastroparesis causes the lack of those proper strains that positively affect anxiety and depression. These are called “Psychobiotics.” These strains are supposed to communicate in your gut and then transport information through the Vagus nerve.

As covered in Part 1 of our series, the gut and Vagus nerve are the problematic areas of Gastroparesis, with damage of the Vagus nerve being the culprit. You can find more information about Psychobiotics from an August 2019 article called “The 9 Most Promising Psychobiotics for Anxiety” by Optimal Living Dynamics, a group of doctors called “The Goodness Lovers.” There is starting to be a lot of information on the gut microbiome and how it affects us psychologically and emotionally.

I have pointed out different studies and theories to show there is scientific backing on the importance of “the no cost treatment” and it’s healing consequences. Remember that just because someone looks the opposite of what they are confiding with you does not mean they are making it up. It means they are reaching out to you for support, belief and understanding, so they don’t feel alone and insecure.

Remember they are also having a hard time adjusting and believing in themselves as well. Look at the nature of the sloth and how cute and healthy a sloth appears. So what makes a sloth sleep so much and why do they move so slow? Well, their digestive system represents the function of Gastroparesis. That is why sloths are Gastroparesis mascots. It takes their digestive systems two weeks to digest a meal, which is why they sleep a lot and move slowly.

So the next time you label someone as being lazy, or unmotivated, and having no zeal for life, don’t criticize and judge them because you are only going by what your experiences in life lead you to believe and perceive. Talk with and listen to that person and be there for them. Who knows, your support and belief in them may change their thoughts and their motivation to continue their life or end it.

I hope your DIGESTION of this information I have given you has not been impaired by subjective thoughts. I hope you can incorporate this information as a way to help MEDICATE our social society on how to BELIEVE and SUPPORT. We all want to send a get well card to the sick once we acknowledge their suffering, but what they really need most importantly to be sent is support!

Thank you to all who followed and were open to new information. If you want to help any who need this no cost treatment, you can join Gastroparesis support groups, or any other support groups that you feel close to. Joining alone will be a medication dose to all who suffer and need encouragement and understanding.

Be well, and take care of each other!