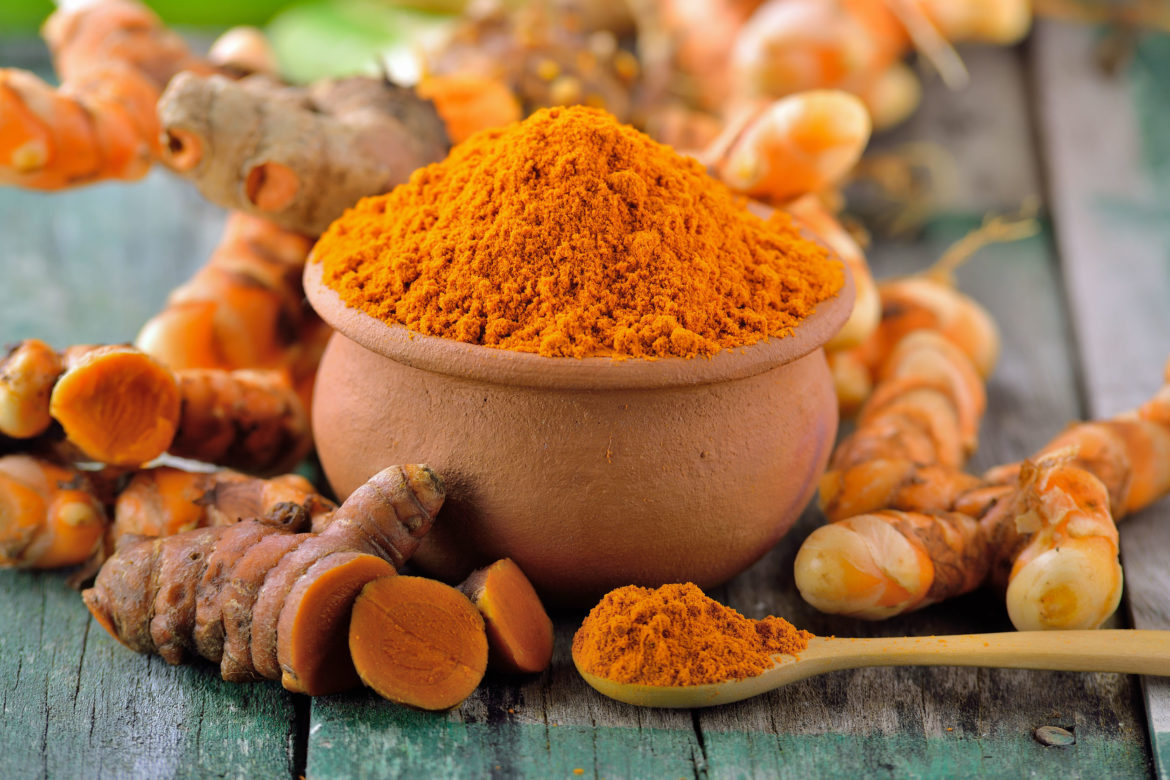 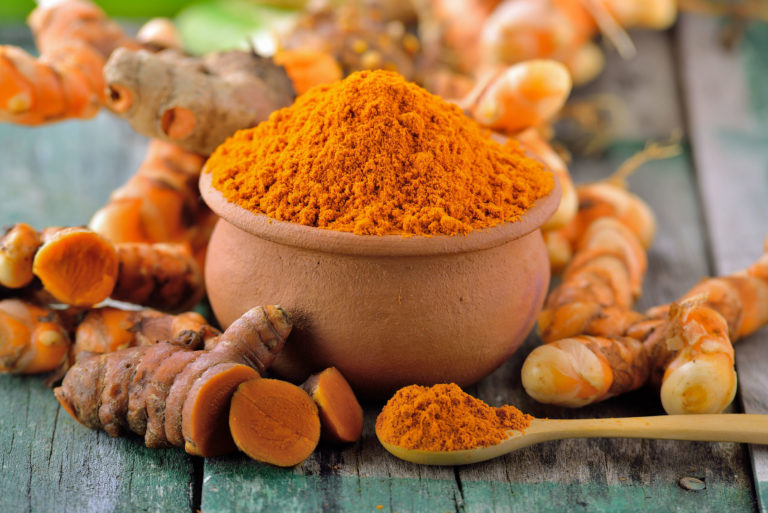 Curcumin protects the body from inflammation, which makes it effective against diabetes, Alzheimer’s disease, depression, cancer, arthritis, and much more. It is simply the most powerful natural medicine available. Keep reading to learn about this golden-hued herb’s amazing disease-fighting power.

Curcumin is the most potent component of turmeric, a plant that has been used in India as both a spice and a medicine for centuries. Besides adding a spicy kick to Indian curry, turmeric has been part of Ayurvedic medicine for millennia. But there is very little curcumin in turmeric. By extracting curcumin from turmeric, we have an even more powerful way to treat disease. Enhancing the absorption of curcumin by blending in turmeric essential oil has resulted in a natural substance that is as potent—or even more potent—at treating disease than prescription drugs, but without the adverse effects.

Why is Curcumin Good for So Many Problems?

One of the reasons that curcumin works so well on such a wide range of diseases is because it is such a powerful anti-inflammatory. We know that almost all chronic diseases—from diabetes to heart disease to arthritis to Alzheimer’s disease—have something in common: unchecked, destructive inflammation. Unlike synthetic drugs, which typically work against only a single inflammation pathway, natural curcumin reduces inflammation through its effects on multiple inflammation targets.1

Because of this anti-inflammatory activity, as well as its ability to kill tumor cells, increase activity of protective antioxidants such as glutathione, and modulate tumor growth cell factors, curcumin is effective against hundreds of diseases(See Figure 1).2 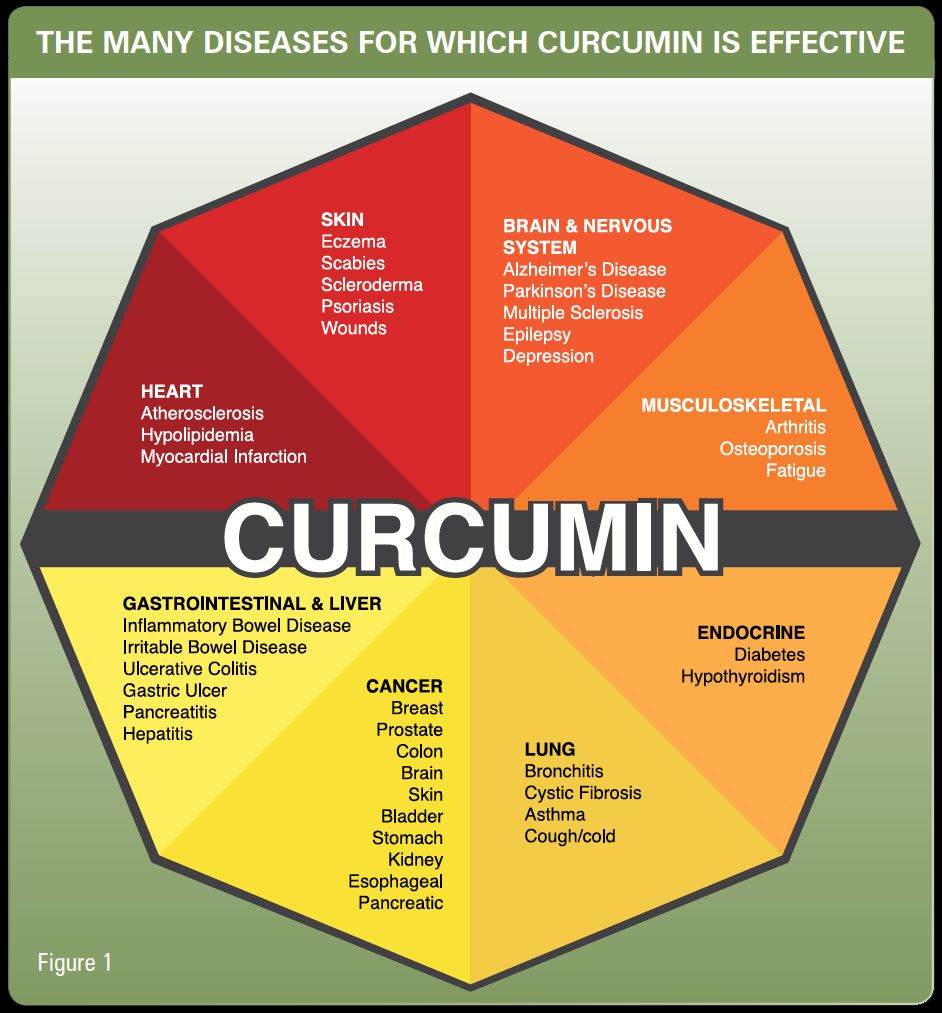 Curcumin is also a potent antioxidant, able to neutralize unstable, reactive free radicals. Free radicals are molecules with a missing electron that stabilize themselves by “stealing” electrons from neighboring molecules, creating another free radical in the process. This chain reaction of free radical formation is known as a free radical cascade, and it can result in cellular damage (called oxidative stress) leading to inflammation and chronic disease—including cancer. Free radicals can negatively impact all body systems, including the immune system. Curcumin, like other antioxidants, is able to stop free radical cascades without becoming unstable itself. Its ability to neutralize free radicals is extraordinarily strong. In fact, curcumin has an antioxidant value of over 1,500,000 per 100 g. The dual properties of curcumin as both anti-inflammatory and super antioxidant contribute to its reputation as an extremely powerful, natural medicine.

Our bodies have a natural ability to fight cancer through the activity of tumor suppressing genes. However, aging and environmental factors can turn off or silence these genes, allowing the cancer to grow and spread unchecked. Researchers have now found that one of the ways curcumin fights cancer is by re-awakening these “sleeping genes,” turning them back on to stop cancer. This branch of science is known as epigenetics, and it may hold the answer to treating many types of cancer.3

Curcumin has been shown to stop cancer initiation, promotion, and progression, meaning that it stops the changes that cause normal cells to become cancerous, stops the replication of cancerous cells (tumor formation), and stops cancerous cells from migrating to other parts of the body (known as metastasis). Published studies on curcumin’s anticancer activity (so far) have found that it can suppress breast, prostate, liver, skin, oral, colon, and lung cancer.4,8 And as an adjunct to conventional treatment, recent cell research showed that the best results for inhibiting cancer growth occurred when curcumin was used as a pretreatment before chemotherapy.7

Curcumin has also been shown to increase the activity of cancer drugs and to decrease drug resistance in cancer cells (meaning it helps cancer drugs kill tumors more efficiently). Additionally, it protects normal cells from the toxic effects of chemotherapy drugs and radiation treatments.9 Taking curcumin in combination with chemotherapy drugs may mean less of the toxic drugs are required, but the results will be better, with significantly reduced side effects. More human research is needed to better investigate this area of cancer care. In fact, a recent clinical trial showed that curcumin decreased the severity of adverse effects of radiation therapy on the urinary tract in men with prostate cancer.10

Inflammation is normal. It is a natural, physical response that is triggered when the body begins to repair damage or injuries. However, inflammation should be limited, with a definite beginning and end. It should not continue day after day. On-going, persistent inflammation is destructive, not restorative. One of the keys to improving chronic diseases (heart disease, diabetes, arthritis, asthma, etc.) is stopping the cycle of chronic inflammation. As discussed earlier, curcumin, unlike synthetic drugs, works on multiple inflammation pathways to help return the body to a normal inflammation balance. Additionally, curcumin has specific, unique mechanisms of action that make it invaluable in treating chronic diseases.

The hallmarks of osteoarthritis are cartilage destruction and inflammation – two conditions that curcumin is able to prevent. An interesting property of curcumin is its ability to protect chondrocytes, specialized cells found in joint cartilage, from being broken down by inflammatory compounds (IL-1beta, MMP3) in the body.14 A recent clinical study looked at a combination of highly absorbable curcumin and boswellia (also an excellent, natural anti-inflammatory) or the prescription drug celecoxib (Celebrex®) in the treatment of patients with arthritis. The herbal combination worked better than the drug, with no serious side effects!15 Remarkably, 93% of the participants receiving the herbal combination reported reduced or no pain, compared to only 86% of the prescription drug group. The group receiving the special curcumin and boswellia combination were also able to walk further, and had less pain and better range of movement, all without significant adverse effects. Prescription drugs such as celecoxib are classified as non-steroidal, anti-inflammatory drugs (NSAIDs), and are known to cause adverse effects such as stomach and intestinal bleeding ulcers, reduced kidney function, increased blood pressure, and increased risk of heart attack. Curcumin works just as effectively at reducing inflammation—without these potentially life-threatening adverse effects.

In patients with rheumatoid arthritis (RA), the body’s own immune cells attack and destroy the lining of the joints (synovium). This chronic, painful, and debilitating condition is characterized by inflammation throughout the body, warm and swollen joints, and even joint destruction. Recently, researchers looked at the effects of 500 mg of a specialized, highly absorbable curcumin extract taken twice daily compared to 50 mg of the prescription drug diclofenac sodium (one brand name is Voltaren) twice daily, or a combination of the two in patients with RA. The group receiving the highly absorbable curcumin had the greatest reduction in joint pain and swelling, with no adverse effects. In contrast, 14% of the participants in the drug group stopped the test because of the adverse effects they experienced.16

Another study compared this same curcumin to diclofenac for osteoarthritis. While diclofenac is widely used, it is well known to cause side effects, which can include stomach ulcers, acid reflux, GI bleeding, headaches, dizziness, and even kidney damage. This study found that curcumin provided just as much pain relief as the prescription drug, but with a much higher level of safety. In fact, 28 percent of the people taking diclofenac in this study had such severe gastrointestinal issues, they had to take a second drug to alleviate stomach pain and acidity caused by the first drug. No one taking curcumin needed this additional medication. In this study, the dosage of the curcumin – which is easy on the stomach – was 500 mg, taken three times daily, making it a simple regimen for anyone looking to relieve pain.

These excerpts from the article CURCUMIN: THE ALL-IN-ONE-SOLUTION, PART 1 have been used with permission from our friends at Terry Naturally, makers of Europharma’s Curamin/Curamed BCM-95 Turmeric supplements available at Freshlife. Talk to a Freshlife Wellness Coach about which Turmeric supplements may be right for you.