CBD – The Myths And Facts 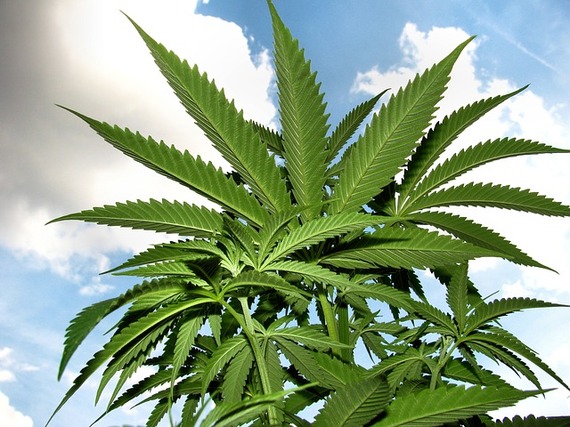 CBD – The Myths And Facts

There have been some confusing reports recently in the British media about a compound in cannabis called CBD and how it has been reclassified as medicine.
At which point you may have assumed that Theresa May had done a policy U-turn and decided to legalise medical cannabis. And you will almost certainly have got lost with all the talk of non-psychoactive compounds, cannabinoids, CBD, THC and the like.

But fear not. You are about to find out all you need to know, as I reveal the myths and the facts about CBD.

Ok, so let’s get the complicated, science bit out of the way first. CBD, otherwise known as Cannabidiol, is one of over 100 compounds in the cannabis plant called Cannabinoids. The most abundant is THC, the bit that gets people high, after that comes CBD. What makes CBD particularly interesting (and legal) is that it doesn’t have the same intoxicating effect, but has been found to be anti-inflammatory, reduce seizures in cases of epilepsy, help with anxiety, and treat chronic pain. It is mostly consumed in oils, extracts and crystals.

Because CBD doesn’t create a high, it’s been labelled ‘the good’ cannabinoid and THC the ‘bad’. But in countries where medical cannabis is legal, THC can be prescribed for cancer patients going through chemo as it eases nausea and improves appetite. Preclinical studies also indicate that THC kills certain types of cancer cells. But interestingly, if you combine both cannabinoids together, CBD actually reduces the psychoactive effect of THC.

Fact – CBD interacts with the body’s endocannabinoid systemSo, you may not know it, but everything from sea squirts to humans have an endocannabinoid system – a vast network of receptors and cannabis-like chemicals (endocannabinoids) that regulates vital functions such as sleep, appetite, mood, memory, inflammation and reproduction. Sometimes this system can become depleted and scientists believe this may contribute to certain illnesses. Research shows that taking CBD creates higher levels of our own endocannabinoids, helping the body to restore balance again.

Myth – There’s no scientific proof that CBD worksWhile until now, most of the scientific research has been preclinical, there have been a number of human, clinical trials carried out on CBD. So far it has been shown to reduce episodes of schizophrenia and be effective at easing social anxiety. But the most extensive research on human subjects has been into treating childhood epilepsy. There have been a number of clinical trials, including by British company GW Pharmaceuticals, who have developed a CBD based drug called Epidiolex, trialled with success on children with a rare form of epilepsy at Great Ormond’s Street Hospital in London.

Fact (ish) – CBD is now classified as a medicineIn the UK it has been possible to buy CBD as a nutritional supplement. But last October, the Medical Healthcare Regulatory Agency decided to recognise CBD’s therapeutic benefits and reclassify it as medicine. In effect this means that at some point in the future, CBD may have to go through the same rigorous, double blind, placebo trials as other medicines. However, in the meantime while it is under review, CBD can still be bought as a nutritional supplement, but this may change in the future.

Myth – if CBD is so good, why not just make a synthetic version?Good question. After all that’s what’s been done with aspirin and morphine right? The thing is that in the case of cannabis, scientists have found that there is a kind of synergy between all the active compounds, so that the whole is greater than the sum of all the parts. It’s been called the entourage effect. But using the whole plant is of little interest to pharmaceutical companies who prefer single compounds or synthetic versions that can be patented.