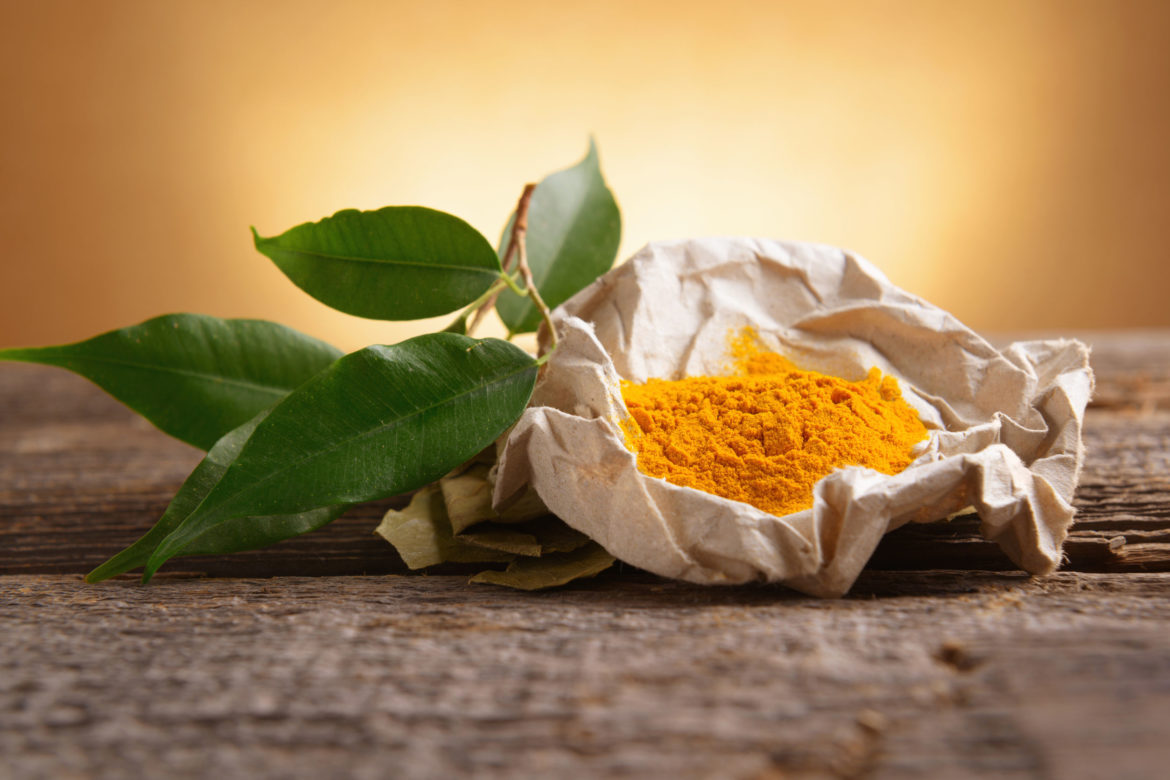 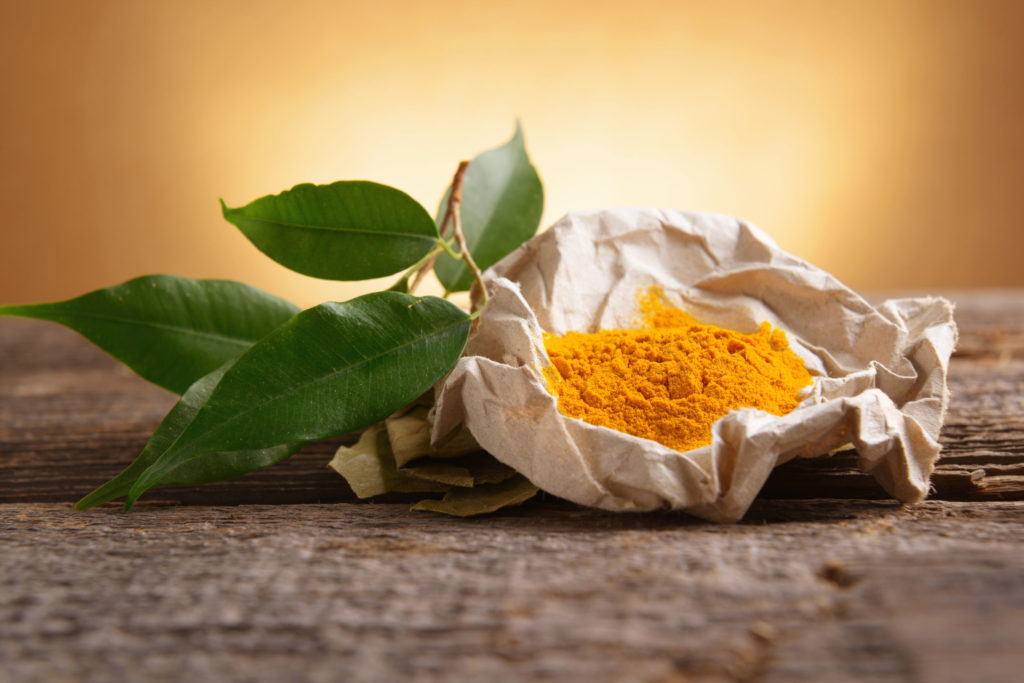 Previously, we looked at the amazing healing ability of curcumin on cancer, heart disease, and arthritis. This week we’ll explore the ways curcumin is effective for diabetes, Alzheimer’s disease, depression, IBS, and more!

While diabetes is a disorder of blood sugar metabolism, inflammation plays a very strong role in its development and progression.  Some researchers now believe that chronic, low-level inflammation, especially when associated with obesity, is actually the cause of insulin resistance leading to Type 2 diabetes. In an experimental model of diabetes, curcumin was compared to the drug rosiglitazone (Avandia®), and found to be equally as effective in reducing insulin resistance, inflammatory markers, and fats in the bloodstream.(17)  Other studies looking at the effects of curcumin in models of diabetes have found similar results: improved insulin response and reduced blood glucose levels.(18,19) Additionally, scientific studies have found that curcumin may protect against other problems associated with diabetes, such as the breakdown of eye tissue, potential brain damage, nerve pain (neuropathy), and heart disease.(20-23)

The cause of Alzheimer’s disease (AD) is not entirely known. However, certain characteristic changes are found in the brains of people with this condition – accumulated clusters of a protein called beta-amyloid, and clumps of dead and dying nerve and brain cells. These clusters and clumps, called plaques and tangles, are believed to interfere with the proper transmission of messages between brain cells and lead to the death of brain cells as well. Inflammation is also involved, causing the accumulation of plaques and tangles to have even more damaging effects. Because of the known anti-inflammatory effects of curcumin, researchers are now looking at its effects in treating AD.

What they have discovered is astonishing. Not only does curcumin protect brain cells from damaging inflammation, in experimental models of AD, curcumin was able to reduce beta-amyloid levels and shrink the size of accumulated plaques by over 30%!(24)  In fact, curcumin is more effective in inhibiting formation of beta-amyloid protein fragments than many other drugs being tested as Alzheimer’s treatments. One of the most prestigious Alzheimer’s research institutes in the world, the McCusker Alzheimer’s Research Foundation (supporting research at Edith Cowan University, Perth, Australia) is focused on learning more about the benefits of curcumin for treating AD.(25)

Depression is a debilitating disease that is difficult to treat. Approximately 30% of patients who take prescription drugs to relieve their depression experience no benefits, and the remaining 70% will have only partial improvement. Additionally, the side effects can be significant, including nausea, weight gain, dizziness, dry mouth, blurred vision, insomnia and more. Because curcumin has been shown to be effective at treating other brain disorders, researchers theorize that it may also be helpful in relieving depression.

First, inflammation is known to play a major role in the development of depression. Therefore, it seems logical that the anti-inflammatory properties of curcumin may be helpful. Second, curcumin is also able to modulate the levels of brain neurotransmitters (chemical messengers – serotonin, norepinephrine, and dopamine) that influence mood, behavior, appetite, emotions and even dreaming and memory. In experimental models of depression, curcumin has been shown to increase levels of the “feel good” neurotransmitter, serotonin, as well as relieve other symptoms of depression.(26,27) In a published study comparing a highly absorbable curcumin enhanced with turmeric essential oil to two prescription drugs, fluoxetine (Prozac®) and imipramine (Tofranil®), an experimental model found this highly absorbable curcumin to be just as effective as the two drugs – but without the adverse side effects.(28)

In a clinical study, patients with major depressive disorder (MDD) showed the highest response using a combination of fluoxetine (Prozac®) and high-absorption curcumin enhanced with turmeric essential oil – a 77.8% response rate as measured by the Hamilton Depression Rating Scale (HAMD-17).(29)

Interestingly, the single-therapy groups scored almost exactly the same, with fluoxetine at 64.7% and curcumin at 62.5% – numbers so close that the difference is not statistically significant from one another.(29)

Two important takeaways from this study: first, curcumin worked as well as the prescription drug fluoxetine in terms of the measurable changes in the HAMD-17 score from baseline to six weeks of treatment; second, curcumin can be an effective and safe treatment for patients with MDD without the terrible side effects of suicidal thoughts or other psychological disorders.

In a placebo-controlled study, high-absorption curcumin enhanced with turmeric essential oil showed antidepressant effects in people with major depressive disorder as early as four weeks after treatment.(30) Additionally, people with atypical depression, a form that often does not respond well to antidepressant drugs, respond exceptionally well to curcumin. Research shows that curcumin influences biomarkers associated with depression and reduces their effects.(31)

In an even more recent clinical study, curcumin at low and high dosages and a placebo were compared for their ability to relieve the symptoms of MDD.(32) What was interesting about this study was that even at lower doses, people responded very well to curcumin. Both dosages effectively helped relieve symptoms of depression and accompanying anxiety for individuals in the test groups. In fact, 28 percent of participants showed a 50 percent or greater relief of symptoms. For those with atypical depression (a subtype of depression that can include intensive fatigue or weight gain), 65 percent experienced a reduction in symptoms by half or better.

Chronic inflammation of the intestines (the gastrointestinal tract) is associated with several commonly experienced diseases – particularly irritable bowel syndrome (IBS), inflammatory bowel disease (IBD) and Crohn’s disease. Bloating, frequent diarrhea or constipation, gas, abdominal pain, even heartburn and acid reflux, can all be signs that unchecked, inflammation is affecting the proper function of your digestive system. A study of over 200 people with IBS found that use of a standardized extract of curcumin was associated with up to a 25% reduction in abdominal pain, and two-thirds of participants reported an  improvement in overall symptoms.(33) In a small pilot study of patients with Crohn’s disease or ulcerative proctitis (a type of IBD) who received curcumin along with the standard anti-inflammatory drugs (including steroids), many of the patients were able to reduce or stop the medications, and inflammation markers decreased to a normal level.(34) One of the interesting benefits of curcumin is that it not only has been shown to reduce inflammatory compounds in the intestines, it can actually strengthen the intestinal wall to prevent harmful bacteria from passing out of the intestines and reaching other organs, such as the liver and kidneys.(35)

Curcumin not only protects skin with its ability to quench damaging free radicals and reduce inflammation, but it has also been shown to improve collagen deposition and vascular density in wounds. Collagen is the foundation upon which healthy skin is built; vascular density is what ensures adequate blood flow to carry in the nutrients needed for repair of damaged tissue.(36) Many people who experience problems with slow healing of wounds also have diabetes. Diabetes interferes with wound healing because it causes reduced blood flow (nutrients needed for tissue repair are carried in the bloodstream).  High blood sugar also interferes with the ability of the body to clear away damaged cells and build new skin cells. In an experimental model of diabetes, both oral and topical curcumin were able to speed wound repair and healing.(37) Radiation treatment for cancer can also cause significant damage to the skin and delay healing. Pretreatment with oral curcumin has been shown in multiple studies to speed skin repair and healing.(38) And finally, both oral and topical curcumin has shown promise at reducing inflammatory skin conditions such as psoriasis and eczema, as well as skin cancer.(39)

Curcumin has also shown promise in treating many other diseases and conditions, including obesity, kidney and liver disease, eye disorders, lung conditions, allergies, pancreatitis, and more.(39,40) Curcumin may be able to protect against weight gain and body fat accumulation.  In a study of animals fed a high fat diet, curcumin supplementation prevented the increase of adipose (fat) tissue as well as preventing fat deposits in the liver.(41)

No toxicity issues have been reported for curcumin, even when used in doses as high as 10 grams or more daily.(42,43)  Because it is so safe and non-toxic, curcumin therapy is something to consider for almost any condition, especially conditions involving inflammation.

While turmeric, the source of curcumin, has been traditionally recommended in India for thousands of years, it is important to remember that turmeric is prevalent in the Indian diet from childhood. That’s one of the reasons why India has lower rates of Alzheimer’s and other inflammation-related illnesses compared to individuals consuming a typical Western diet.

However, simply eating more curry and turmeric isn’t going to yield the kinds of clinical results discussed here. It is important to choose a product that features a curcumin with excellent absorption that has been proven in published human studies.

The information provided here is meant to be used in conjunction with the advice of a healthcare practitioner, who can help develop a treatment plan that is designed to address your unique health concerns for an optimal outcome.

These excerpts from the article CURCUMIN: THE ALL-IN-ONE-SOLUTION, PART 2  have been used with permission from our friends at Terry Naturally, makers of Europharma’s Curamin/Curamed BCM-95 Turmeric supplements available at Freshlife. Talk to a Freshlife Wellness Coach about which Turmeric supplements may be right for you.

28.   Sanmukhani J, Anovadiya A, Tripathi CB. Evaluation of Antidepressant Like Activity of Curcumin and its Combination with Fluoxetine and Imipramine: an Acute and Chronic Study. Acta Pol Pharm. 2011;68(5):769-75.